When you carry out 45 research with YouCare you allow to finance one hour of schooling for a child who does not have access to Education.

YouCare provides financial support to SOS Enfants, whose mission is to support education programmes and create schools to promote the education of the most vulnerable children in the world.

Click here to locate the map of the countries where SOS Enfants operates.

How 45 searches can fund one hour of schooling for a child who does not have access to Education :

On average, one child in primary, middle or high school is enrolled 180 days a year.

The price to sponsor a child to college via SOS Children is 10 euros per month, or 120 euros per year.

To learn more about YouCare’s sources of income, you can go to this page: How does YouCare finance your good deeds? 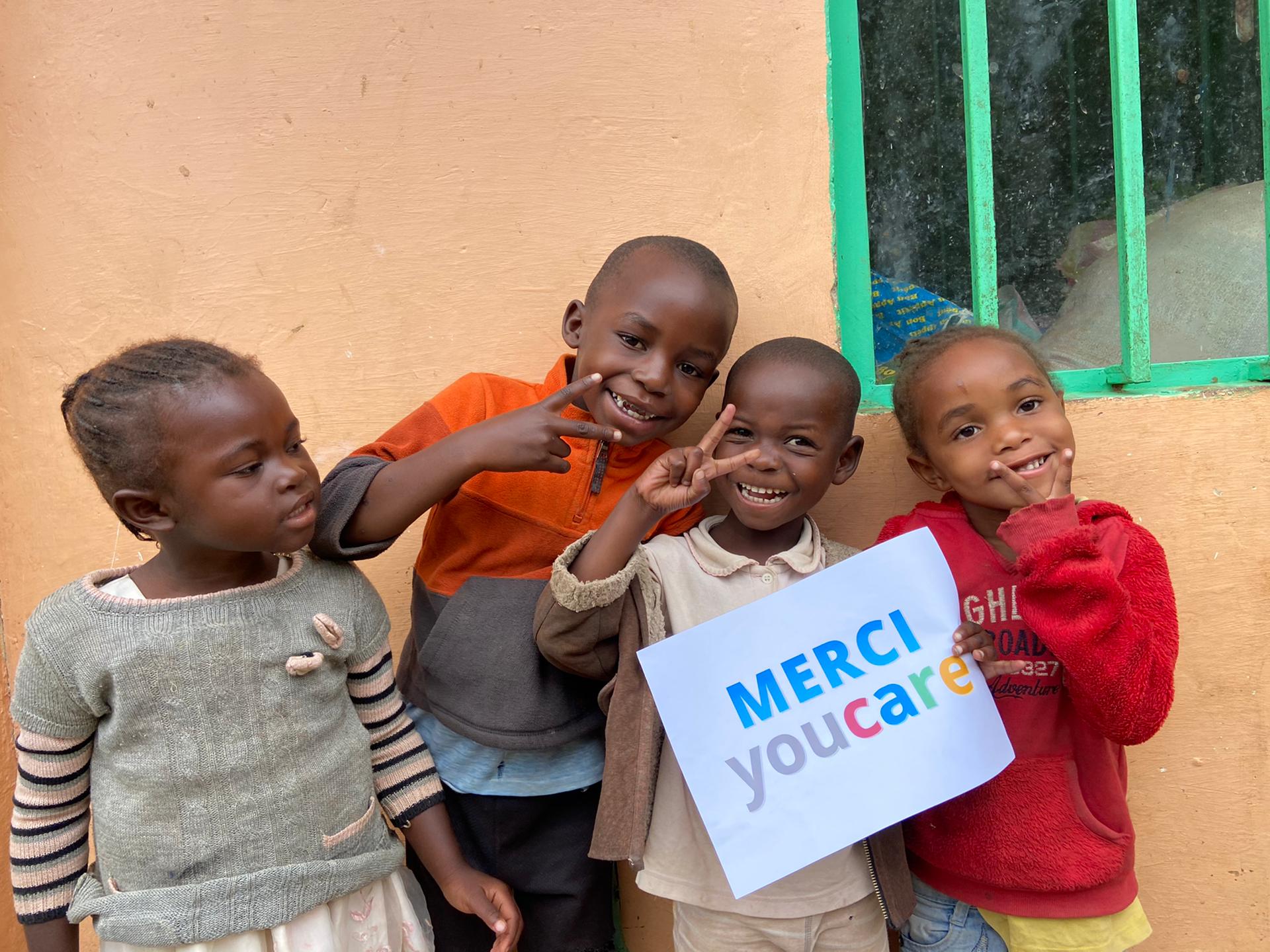 SOS Enfants was awarded the International Human Rights Prize in 1987 and the association was recognized as promoting the public interest in 2007.

The first vocation of SOS Enfants is to offer children the opportunity to access education and to acquire training enabling them to become responsible for their own development.

The priority of SOS Enfants is to avoid at all costs that the help they give to children creates arbitrary and unjust inequalities leading to unnecessary jealousy in the already difficult life of these children. SOS Enfants therefore ensures that the same support is provided to all children and their families in a fair and equitable manner.
The money of SOS Enfants is entrusted neither to the child nor to his family, the funds received by SOS Enfants are donated to the structures welcoming the children and used in an equitable way for the benefit of all. It is mainly used for the overall operation of the school, home, orphanage or reception centre frequented by the child.

Thanks to their efforts, SOS Enfants has been able to form in the world a great chain of hope composed of:

The issue of access to education in the world:

The latest UNESCO report from 2018 shows that one in five children under the age of 18 does not go to school.

The reasons for dropping out of school are numerous and often complicated, but it is possible to point to some major obstacles.

Girls from rural areas are often excluded and this phenomenon is accentuated by early motherhood.

Tuition fees and associated costs (uniforms, supplies) can be barriers to education. Families often confronted with the tough choice between paying for schooling or dropping out of school, the second choice being when they don’t have enough money.

Due to lack of safety

Children may have to travel great distances to go to school, and sometimes take dangerous paths. Their parents pretty often prefer to keep them safe at home.

Because of child labor

Some children work on fields or to have to fetch water to help their parents, reducing their school attendance. Some others are forced to quit school to work in extremely dangerous conditions (in mines or to make bricks, for example).

Because of disasters and wars

When a natural disaster occurs (as an earthquake), or a conflict breaks out, schooling is pretty often interrupted. Emergency situations are particularly traumatic for children. The future of these school-deprived children is then compromised and the risks to their survival and development increase.

In some countries at war, children can be recruited to fight by becoming child soldiers and are thus prevented from going to school.

Marginalized groups (ethnic minorities, refugees, people with disabilities, etc.) face difficulties in getting their children into school. Too often, children who are perceived to be different because of their poverty, language, gender or culture are discriminated against and excluded from school.
0Shares